The “Yellow Vests” in France

We at claudepiel.org wanted to know more about the Yellow Vest Movement, which has been keeping French government in suspense for weeks. It took place as usual on a Saturday and we decided to cross the German border to France to join the movement.

It was easy to spot these high visibility yellow vests gathered around an improvised campfire right in the middle of a busy crossroads. It all began with an online petition dating back to May 2018 that brought tog

ether more than a million signatures around the topic of economic justice that most affects the middle class. The Yellow Vest Movement started then on November 17, 2018, after a sluggish conclusion regarding the increase in gasoline prices in addition to many other laws such as the reform of the tax system, the switch to an online taxation for all, a speed limit reduction on national roads at 80km / h, a new parking fee technique etc. just to give some examples. 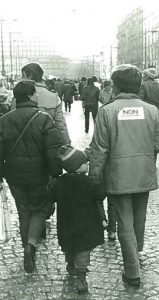 What is it all about?

These changes had, as so often, been dictated by the French capital, Paris, the parliament and the government having their headquarters there. This centralism may have advantages, but isn’t accepted by everyone in … the French province. The term “province” concerns the whole French territory except its capital city, Paris. How is it, for example in Paris, to go from a speed limit of 90km / h down to 80km / h when the overall and constant traffic jams don’t allow to drive fast anyway. Moreover the metros, buses, trains and airports linking the main city strategic points build an infrastructure that is almost non-existent in the “province”.

What about this French province?

The province or the so-called “deep France” or France profonde, is the huge territory around Paris, for example, with no highway connection or high-speed train station. This may cause on one side a very romantic feeling for tourists and visitors, but gives on the other side an impression of being left behind for the local inhabitants. Many ask themselves why they have to pay so much taxes, when there is no infrastructure available for their money? For many, the next hospital with surgery support is up to 120 kilometers away…

Thus the ‘province’ is the most affected by the fuel price increase, distances being as well increased by the new lower speed limit. And what about the switch to online taxes for all. What about parts of the province still lacking Internet access? How do these inhabitants go online to pay and register their tax with no Internet connection? Many feel insecure and fear of paying fines. 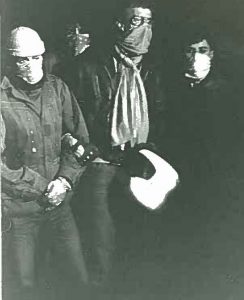 This is not a scientific nor an exhaustive explanation, but some of the fifty shade of yellow, some of the factors that have pushed many French people to put on their yellow jacket to demonstrate their fear. Most of them come from the provinces and not from Paris, all together united against a disheveled centralism that recalls ancient Rome or current Brussels. This is the 19 th Saturday in a row. And up we follow. Due to COVID19 the follow up has to be postponed